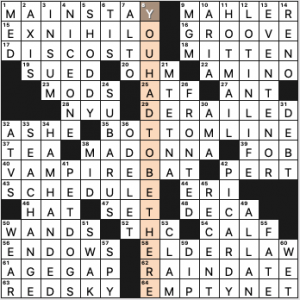 Ooh, this is really nice. “YOU HAD TO BE THERE” intersects 11 good entries of 7 to 10 letters, and there are some good 7-9s in the Down direction, too. The crossings for these expanses of long fill are nearly all quite good. ODELET kinda sucks (but it’s gettable, even though I don’t think I’ve ever seen the word) and ERI is fusty crosswordese, but those are the only entries that gave me pause.

By the way: Big thanks to Ade and Jim P for covering for me on the Wednesday and Friday puzzles! I had a few sick days but I am feeling back to normal now and my COVID test was negative.

Back to the puzzle: There are very few people in the puzzle, and some reasonable representation among those who are included. NICE ONE, guys.

Clues that caught my eye for various reasons: 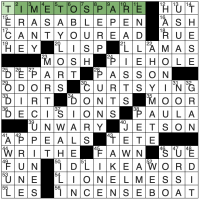 Our blogger buddy Jim has the LAT puzzle this Saturday! We have some 11 stacks in the corners, and as is usually the case in LAT puzzles, I found virtually nothing unfamiliar. Perhaps my perception is different from others, but I still maintain most should be familiar with what is found in this puzzle. Let me know if you disagree. This is a clean grid and was a joy to solve! 4.6 stars. 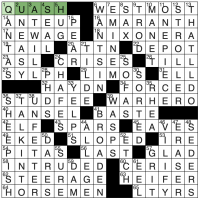 Once again I think I am handling Brad’s puzzles a little better. After like four years of practice! Maybe after another 40 years I will be as good a solver as Agard, Zawistowski, and others! I had a rough time in the NE corner of this one. Most everything else fell without too much of a battle, but that upper right corner had me in stitches for a spell. All in all, not as thorny as some other recent ones, so the break is welcome! 4.5 stars for this one.

Some of that tougher stuff, and other things:

Everyone stay safe and healthy! 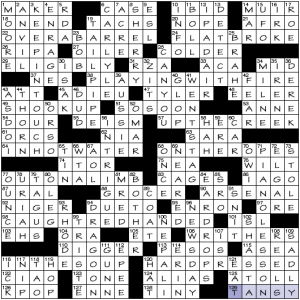 Punnishly apt concerns for professionals of various stripes. After intuiting the theme, one might ask, “Why isn’t this puzzle called ‘Occupational Hazards’?” and that’d be because it was the title for at least two previous crosswords (WSJ 2 Feb ’19 and Reagle 12 Feb ’12) – and I can’t imagine there haven’t been others over the years. That said, the answers here repeat none from those two other puzzles in the DOACF archives.

Well, I guess this is a good place to wrap things up. Stay safe! 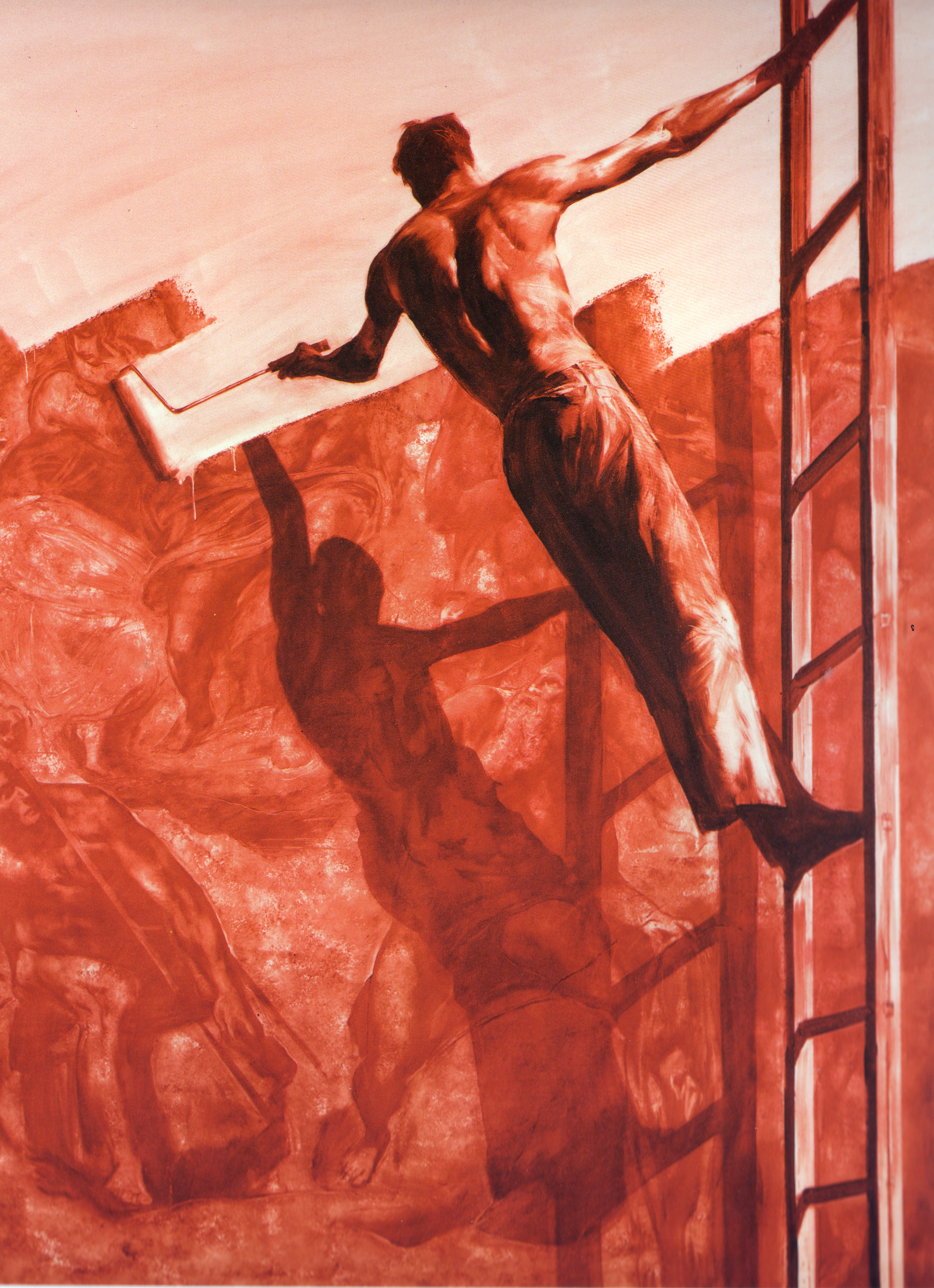 Took me a good half a minute to get the theme, but nice little AHA click came eventually!

**I think this is a debut puzzle! Congrats, Richard!**

THEME: Synonyms for “steal” are the second word in each of the common phrases (hence, STEAL SECOND). 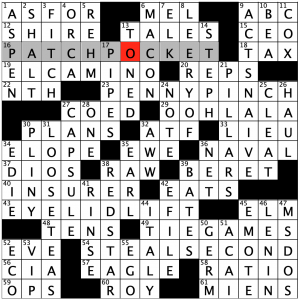 I liked this! But I always find it a bit odd when the revealer uses a cryptic style clue that doesn’t necessarily have to do with the theme. With the title, the revealer, and the revealer’s clue, I certainly thought I was looking for a baseball theme. Nope! No harm done though.

Another thing that’s weird to me is there seems to be an awful large part of the grid in the center where there are no themers and just fill.

Also RED STAR yeast is back on grocery store shelves, finally. Yeast was a hotter item than toilet paper, paper towels, and antibacterial hand soap over the last few months. At least where I live!